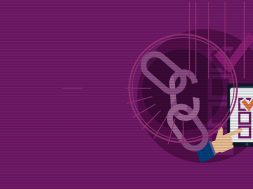 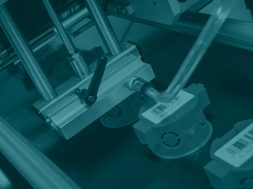 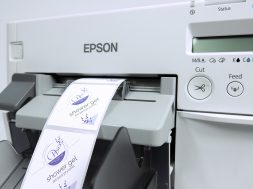 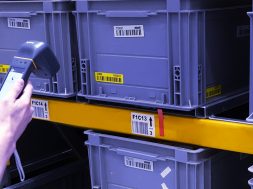 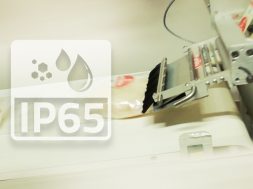 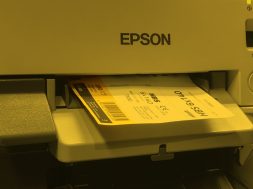 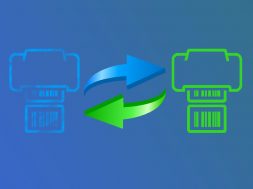 Your company has implemented 5S. Great! Several dozen or so auditors regularly visit the production hall, offices and other rooms to check the correctness of 5S at workstations. A file of sheets of paper in your hands, photos in the memory of your phone, and a watchful eye. The results of the audit are given to the owners of the areas several days later, trying to prove what the evaluated workstation looked like at that time. Does it really fit in with the idea of Lean Management? Lean management requires searching for the best solutions – this is how we created a mobile application, thanks to which 5S audit brings good effects and measurable results.

Traditionally performed audit took up a lot of time in Etisoft, as well as laborious completion of evaluations of positions after the audit, creation of reports and statistics. The owner of the area was informed about what was wrong with his workstation after a long time, and it sometimes happened that when he received information about a non-compliance, it had been removed a long time ago. We noticed that the enthusiasm for maintaining 5S is decreasing. It wasn’t completely abandoned, but the efficiency and eagerness began to decrease. There was no mobilization to maintain order. It was an additional impulse for us to improve the process.

Our employees have a good knowledge of 5S and feel the need to maintain its standards. However, we have seen for ourselves that sending audit reports even two weeks after its completion does not bring good results. It was not mobilising or motivating to keep order. When certain incompatibilities emerged at workstations, it was difficult to verify them with the employee after a longer period of time. We wanted to avoid this,” says Tomasz Machnio, Lean coordinator at Etisoft and adds: In addition, a dozen or so areas were not audited and constituted a ‘no-man’s-land’. Auditing the areas in three locations and then filling in the forms took us a long time. We also wanted to eliminate paper documentation and waiting times as one of the ineffective activities in lean management. 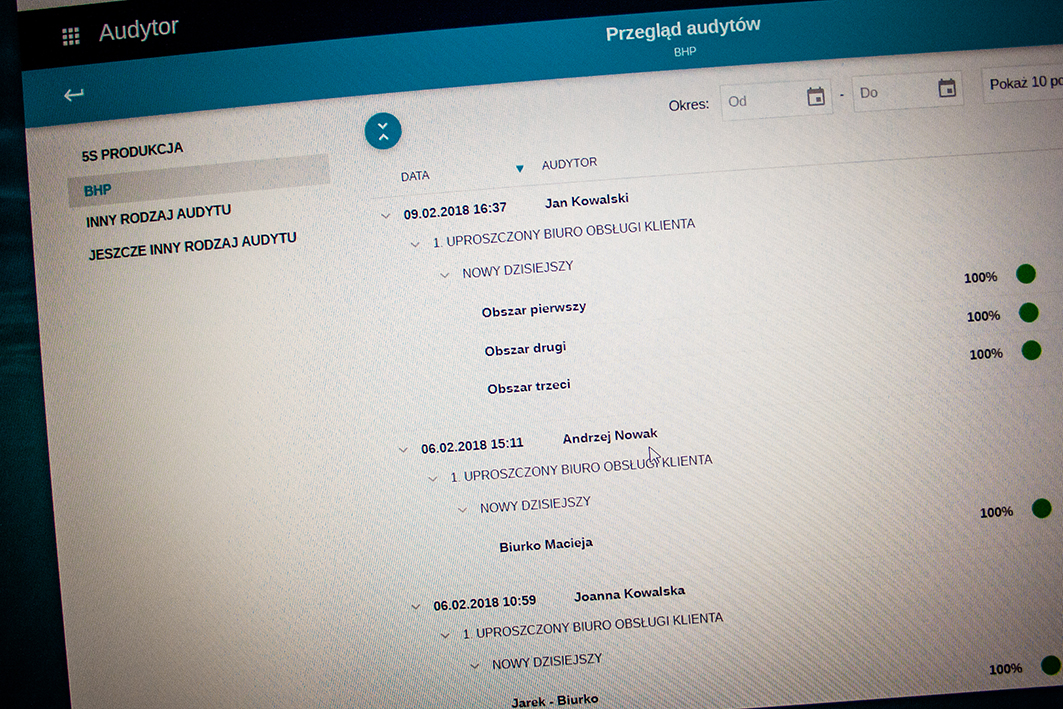 We wanted to automate the next process in the company. Our choice was to use a mobile application for a smartphone, with the option to use it also on a tablet. This is how “Auditor”, Etisoft’s own audit platform, was created. This is our next solution, which was tested and is still in use in our everyday work.

Just before we started working with “Auditor”, we identified the areas to be audited from scratch. In three locations we have 120 of them and they include offices, production and warehouse. We have set and documented standards democratically, with employees and supervisors working together.

Each audited position was described in the form of a standard charter with a 2D code that identifies it. The auditor does not need to know the position when approaching it. The recorded data are read, and the role of the 5S auditor is to confirm or negate ( zero-one system), whether what he sees is consistent with what is in the standard and is shown on a photo at the stand. Additionally, it must answer a few questions /criteria defined for a given area, e.g. whether the position is clean, whether there are unnecessary objects in it, etc. With a single click, it is enough to select the compatibility or non-compliance with the assumed position standard (zero-one system). If necessary, you can document the situation with a photo. The “Auditor” automatically generates reports and statistics in real time ( summarized and detailed). Then they are sent to the area owner’s e-mail address preserving the results history. 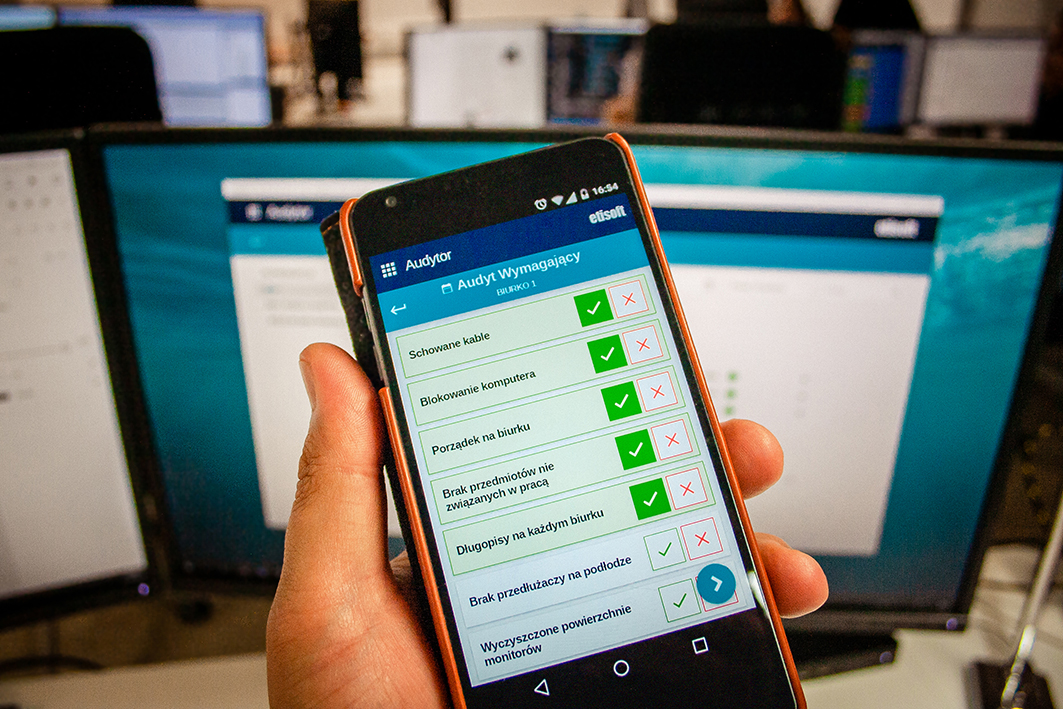 We have configured the auditor in such a way that the organisational structure is sewn into it together with the fact that particular areas belong to this structure. This allows the owners of the areas to transfer the possibility to create standards in the system to other employees. This solution is in line with the 5S idea, when the employees themselves take the initiative and take responsibility for it. 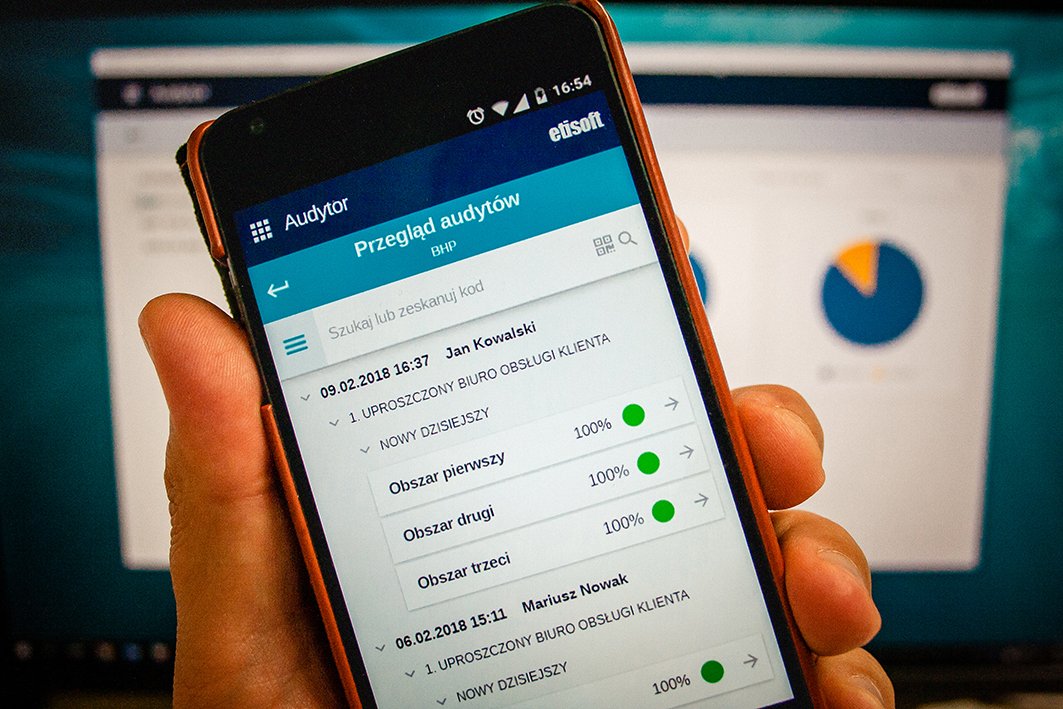 Acting in a way that makes us strive for perfect order

The auditor allows us to better enforce order and employees are more likely to identify with it when they receive immediate results. It is the employees who come to the managers themselves and suggest updates to the standard according to their needs. Slowly we come to the last, fifth S – where the employee starts to develop the standards himself.

The audit platform that we use in Etisoft is only the beginning of the Auditor’s capabilities. At present, this way we audit the production, warehouse and office areas in Etisoft, as well as in Orion, our Wrocław subsidiary. We are at the 4S stage. We are aiming to develop a habit of observing them and strive for the ideal, which is the last stage of 5S, that is self-discipline.

The system can be freely configured so as to be able to, for example, carry out a health and safety audit, TPM, and even an audit at the client’s premises and many others. We are working on “Auditor” 2.0, which will soon be completed by us.

We will enrich it, among others, with new parameters and functions, such as:

The “Auditor” function is already successfully used by our customers from the household appliances and automotive industry. If you are interested in “Auditor” and the possibilities offered by it, please contact Mariusz Adamus, madamus@etisoft.com.pl, tel. +48 516-202-467.

The “Auditor” is created in cooperation with 2KMM Sp. z.o.o.

Tomasz Machnio In Etisoft he supervises internal logistics, print support and tooling warehouse. Is responsible for process optimization in above areas and also for lean tools on production line (SMED). He completed numerous courses, such as work standardization or problem solving according to lean management. Tomasz graduated from Management and Production Engineering on Silesian University, specializing in Health and Safety Management. In his free time he enjoys football, swimming and reading a good book.
Related Posts