Company news
How we do it
January 31, 2019
Joanna Heler-Kończakowska 0

Etisoft in the “Business Gazelles” group 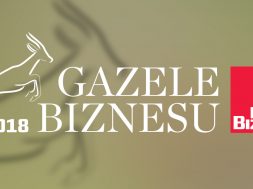 Etisoft in the “Business Gazelles” group

“Business Gazelles 2018” for Etisoft – it is a great to be among the best!

We are happy to announce that our company has once again been included in the list of the most dynamically developing companies from the SME sector according to the ranking of the “Puls Biznesu” daily. We would like to thank our Clients for the trust you place in us and our employees for their commitment. This award is also for you.

The award is granted to the most dynamically developing companies …

“Business Gazelles” is the identification mark of well-managed and financially healthy companies. We are happy to announce that our company has been included in the 19th edition of the prestigious “Puls Biznesu” ranking. The award is granted to the most dynamically developing companies from the small and medium enterprises sector. Etisoft can boast of winning it once again. We can boast of winning it once again and not only on the Polish market.

The criteria of the ranking…

The criteria of the ranking have been clear and unchanging for years.
The presence in the ranking is determined by the financial results of the company in the last three years. The title of “Gazela Biznesu” can be applied for by a company that has met all of the following criteria:

As the organisers emphasise: “The award reflects the good reputation and credibility of companies, which, thanks to their extremely dynamic growth, are able to perform excellently even among much larger competitors”.