Start Company news Olek, our man with passion has a goal: to cover the entire Green Velo route in 5 years

Company news
What we believe in
June 13, 2019
Joanna Heler-Kończakowska 0 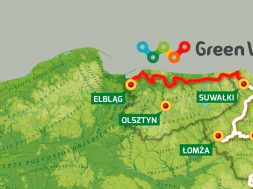 You can see more from a bicycle

They gave themselves 5 years to cycle the entire Green Velo route, that is 2,000 km. After two years they are at the halfway point, spending 6 days on this activity during the May weekend. Aleksander Wolny, our next man with passion, together with a group of several friends, has set himself the goal of completing the entire Eastern Bicycle Route, leading through five voivodeships of eastern Poland and five national parks. 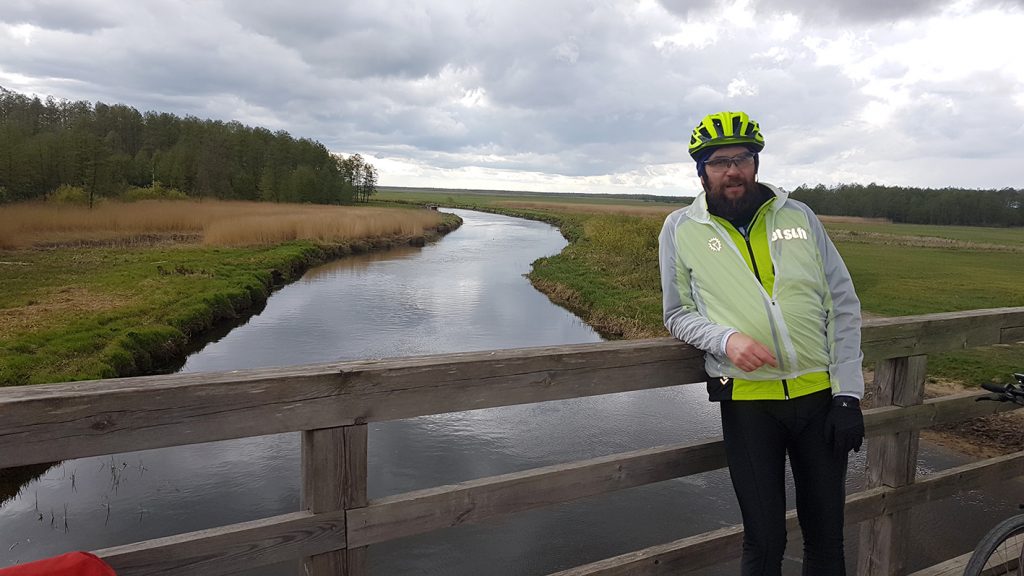 Green Velo is promoted as the longest, coherently marked cycling route in Poland. The idea to cover it with a group of friends came from one of Olek’s friends, an active marathon runner Andrzej Długaj. Having experienced cycling on foreign routes, he decided that there was no point in looking far away, since charming landscapes and wild nature are within reach. He is the “brain” of the whole trip: he sets the route, books accommodation, prepares his own guide to the attractions of the region. The group is called “Veloki”.  Transporting luggage with the “Velokobus” makes daily cycling easier for those who prefer two wheels over four.

Like when you were a student: guitar, campfire and singing

In 2018 the bikers covered about 520 km (the start took place in Elbląg, after which “Veloki” finished their escapade in Suwałki). This year they began almost from the same place. After less than a week and driving over 500 km they finished in Biała Podlaska.

Green Velo is only a good excuse for sport activity and we do not stick to this route, looking for interesting alternatives. It has sections not very friendly for cyclists, for example 30 km of sand, or made of stone, remembering Napoleon’s expedition to Moscow. There are also places where you avoid the most important attractions of the region. Green Velo is well marked and has a decently developed so called MORYs on the route, which are places of rest for cyclists. The most important thing in our expeditions is to enjoy cycling, see local attractions and meet with good friends. That is why our evenings are a reminder of student times. We light a campfire, take out guitars and harmonicas, sing and… straighten our bones. It should be emphasized that the average age of the participants of our trips is over 50 – laughs Olek. 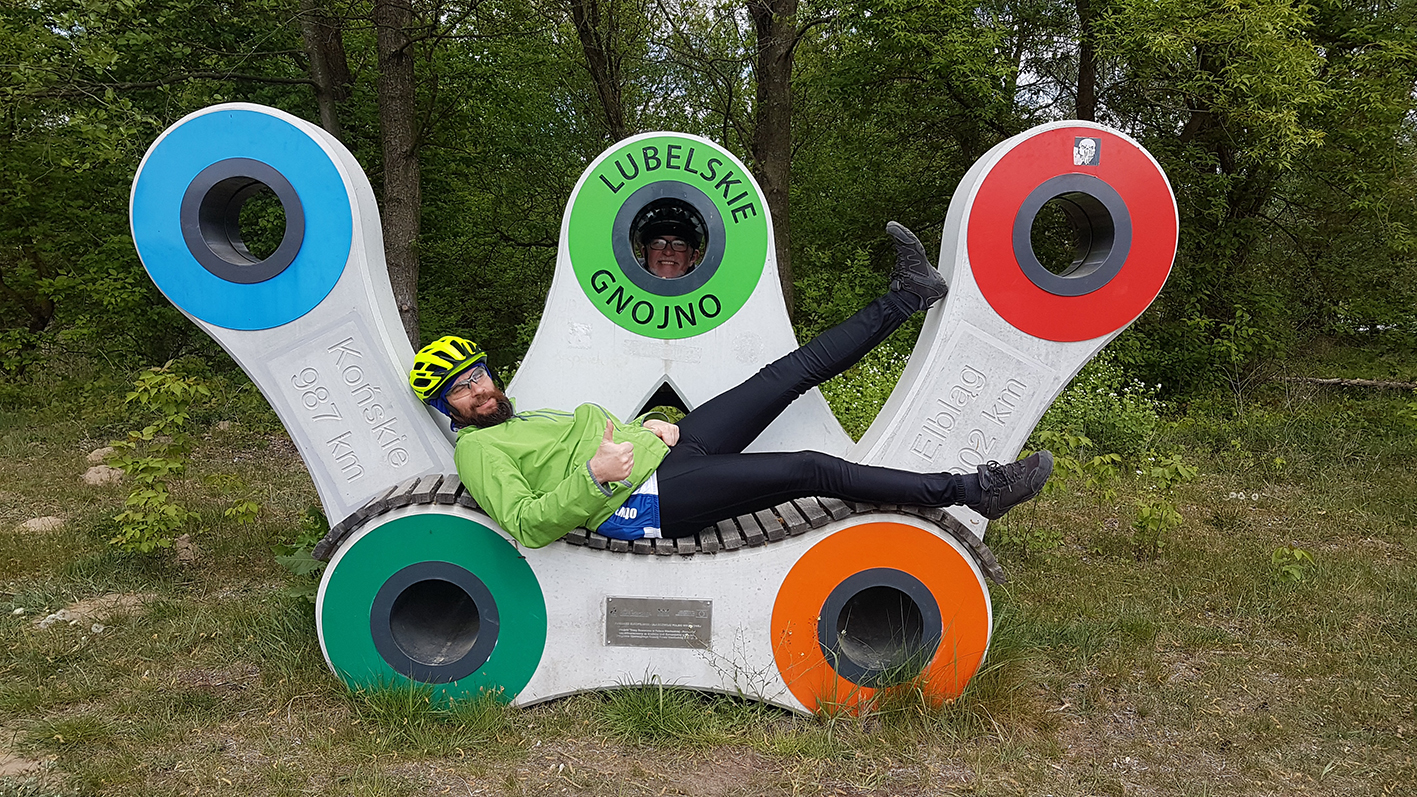 Every day the cyclists set themselves a goal: to reach all the planned attractions, regardless of the weather conditions. This year’s surprise was the hailstorm during the ride and the two Celsius degrees in the morning in the region of Bialowieza. An unexpected element of the expedition turned out to be a boat crossing the Bug River with the bikes. As it turned out, the ferry did not run due to low water level. Returning to the bridge would have meant the addition of about 30 km.

Areas untouched by the human hand

Olek confirms the statement that you can see more from the bike. We later admire the sense of perception and sensitivity to the wonders of nature in Olek’s photos. Our colleague emphasizes that the Green Velo route is a collection of natural treasures, and all this on virgin, untouched by human hand areas.

That is why I recommend Green Velo. However, it is worth modifying the journey on this trail and deviate to the side bicycle trails. The Narew, Biebrza in the Biebrza National Park, the Knyszyn Primeval Forest, as well as the Augustów Canal are all delightful to look at. I was fascinated by the Bialowieza Forest, but seen from the side roads, not the main route. Last year I was amazed by the railway bridges in Stańczyki, associated with aqueducts. Of course, there are also castles, palaces, Orthodox churches and other temples,” Olek enumerates, adding that Green Velo is a good idea for a trip with children, although on much shorter distances.

It is also one of the few areas in Poland where you can see unusual road signs with a big moose warning, set up as part of an action promoting safe driving. 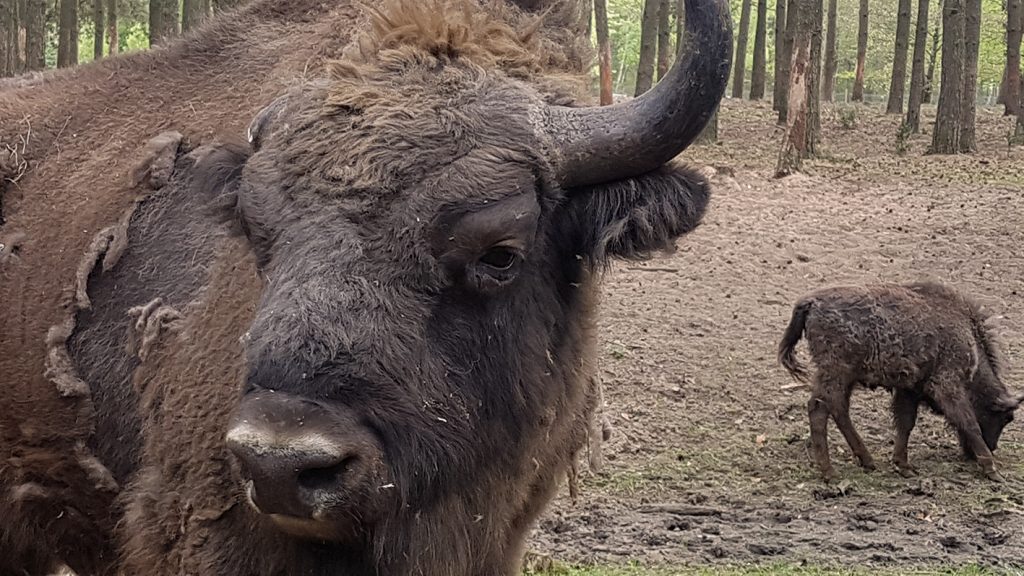 Of course… in the meantime a company bicycle trip. Being a member of Etisoft Bike Team is a commitment:)

0
0   0
previous Culinary passions of our female colleagues: slow food, veg and variations on sweets, all on our own blogs
next Etisoft integrates through passions